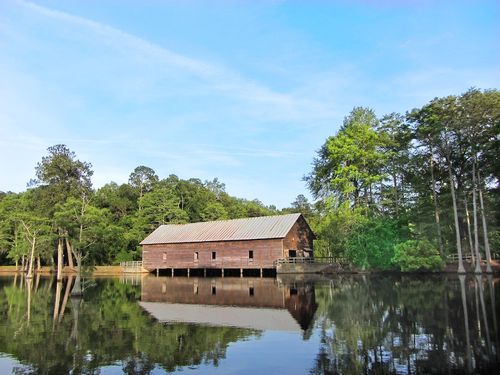 Many times in life, we must choose to be content.

And then there are times that we live around family members or work around coworkers who have a less-than-enthusiastic zest for life. Sometimes we end up in financial situations that were not a part of the grand scheme of things, maybe due to job loss, illness, family problems or credit card debt due to poor planning.

You've heard the old saying, "Misery loves company."  That is so true.  If you realize that you are in a miserable situation (at least in your eyes) and then you spread that feeling of misery through constant complaining, soon you'll be in a situation that seems next to impossible to change.

At that point, if you're in a situation that won't allow you to relocate or even change jobs......or, if your circumstance, for whatever reason, dictates that you must stay where you are, you need to re-evaluate your outlook on life and your future plans. You need to find something positive and redeeming about where you are. 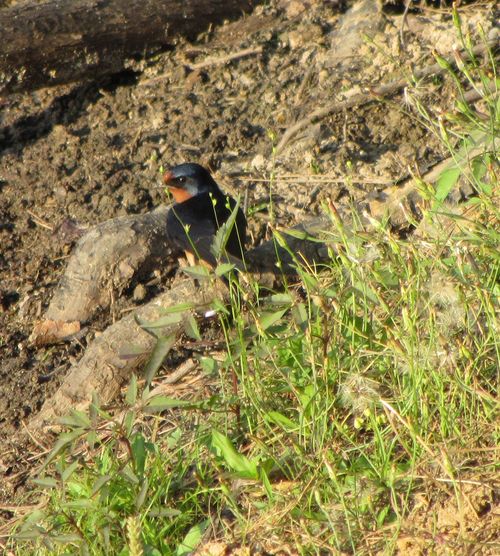 You may not like that rural area that you moved to; however, you are surrounded by the beauty of nature and the serenity of quietness.  You may not appreciate that big city where your job is located; however, you may have an abundance of restaurant, museum and entertainment options.

You may be in the role of a caretaker that consumes a lot of your time; but in those quiet moments, you may have the opportunity to learn to knit, learn to bake, start a blog or read a book.  Quiet times can be very inspirational.

If you're currently suffering financially and can't afford the summer vacation or fancy restaurant, don't let that discourage you.  Find joy in taking a turkey sandwich and chips to the local state park.  Go to Google and search for the free things to do in your area or state that doesn't require a second mortgage.  After all, so many times in life, we spend money on food, accommodations and entertainment that is honestly overpriced. 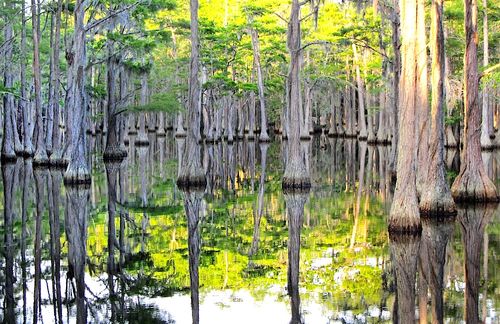 To give you an example, on Memorial Day weekend, we wanted to ride somewhere for a couple of days and enjoy a mini-vacation.  However, we began to check the hotels and condo rentals on the Georgia coast and found the prices to be way too expensive. After all, we don't spend that much time in the hotel or vacation rental because we're outside photographing birds and nature.  That's why we take our vacation in the fall of the year - the prices basically drop 50% or more.

Therefore, because we didn't want to "float a loan" to take a mini-vacation, we found a lovely Georgia state park about an hour away and decided to take a day trip.  We enjoyed a nice meal of grilled chicken at a moderately-priced restaurant next to a scenic pond with Canadian Geese. Then, we eagerly moved on to the state park to view the beauty of an old grist mill and the mesmerizing Cypress trees in a huge lake of coffee-colored water.  It was peaceful and beautiful, and we photographed some amazing nature scenes. 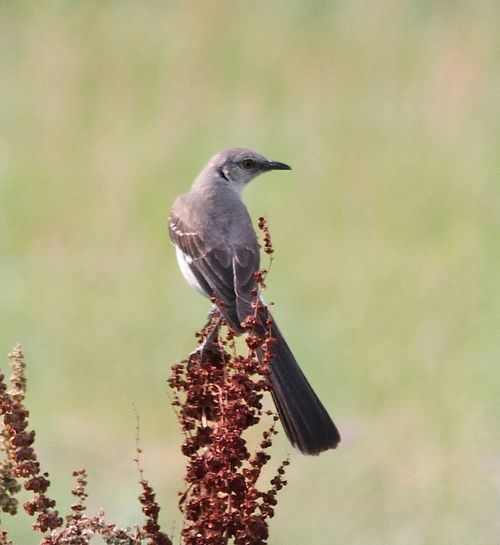 So, take this day to look at your situation, and then look all around you.  Is there something you've missed?  Could you be in a better situation than you perceive? Could the lack of funds actually turn into an opportunity to use your God-given creativity?  Never miss an opportunity to be resourceful and creative.

Maybe the situation that you're in is actually a blessing in disguise.  As another old saying goes......"When life gives you lemons, make lemonade!"

Bloom where you're planted! (Who said that?)

6 But godliness with contentment is great gain.

7 For we brought nothing into this world, and it is certain we can carry nothing out.

8 And having food and raiment let us be therewith content.

9 But they that will be rich fall into temptation and a snare, and into many foolish and hurtful lusts, which drown men in destruction and perdition.

10 For the love of money is the root of all evil: which while some coveted after, they have erred from the faith, and pierced themselves through with many sorrows. 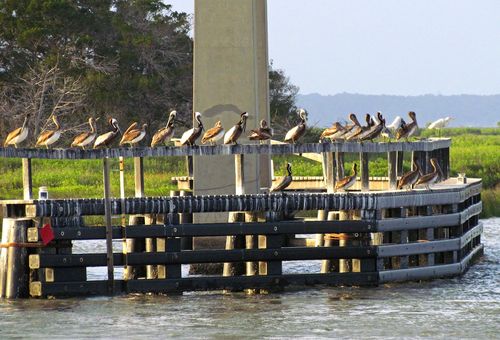 Oh, to be chosen.  I never knew why, but I always knew who would be picked to choose the recess softball teams.  It was not me.  Two students, the same two, were teacher-chosen for the coveted roll of Team Captains.

I never quiet grasped the process that Mrs. Daniels used to decide on her pair of playground stars.  But, the power she bestowed, seemed to this twelve-year-old, ominous in its reach, almost godlike in its power.  Why Frank and John Paul got the nod was forever a mystery to me.

They were the Chosen Choosers, and knew it.

The rest of us?  Well, we just waited.  Probably, like you waited.

More than likely, like untold numbers of us, who to this day, are still waiting. 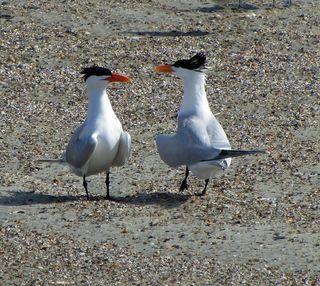 Remember?  Do you remember that less than uplifting feeling of being left out from the beginning?  Hanging on the edge of permanent relegation, to the ranks of the overlooked, the left out, the dare I say it, the unworthy?  Remember?

I stood there. What other choice did I have?  Mrs Daniels looked like the tallest person in the world wearing those black high heels.  So, I stood there looking at Frank, then at John Paul, hoping to hear those magic words.

After a few rounds of that less than fun schoolyard drafting process, and just before I was crushed by the feeling of "never-going-to-be-chosen", I heard the words.  The magic words.......my name. "Curtis" followed by the command of acceptance, "I'll take you."

John Paul set me free from the prison of doubt.  He spared me the status of leftover.   I belonged.  I was in.  I wasn't picked last either.  Next to last, but not last.

The glimmer of joy I was trying to coax into a glow faded fast.  I was dispatched to right field.  In the sixth grade, that position was about as far from the action as you could get, unless when it was my team's turn to bat. There, I found myself in the same slot as the Chosen Chooser had selected me, next to last. 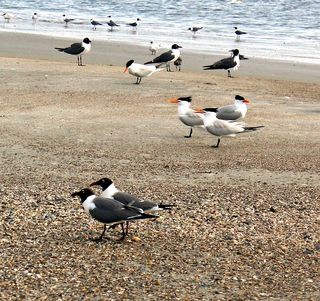 Recess had a way of ending before I got a turn at bat. I could go days without having a chance at taking a swing at the ball.  Why, you ask?  Because Mrs Daniels picked her Chosen Choosers and put us through the drafting process everyday.  Shuffling from team to team was a constant for those of us in the consolation section of the team.

What I discovered was a very simple lesson.  If I was going to be a first round draft choice I needed to pick myself.  I realized that waiting to get the nod from someone else was at best, boring, always a constant aggravation, and a catastrophic waste of time.

I decided, that if I wanted to be at the head of the line,

I needed to form the line.

Waiting for a Mrs. Daniels takes too long.........and it may never happen.

Who knows, you may not like the Chosen Choosers.

26 For ye are all the children of God by faith in Christ Jesus.

27 For as many of you as have been baptized into Christ have put on Christ.

29 And if ye be Christ's, then are ye Abraham's seed, and heirs according to the promise.

You are the Master of Your Thoughts 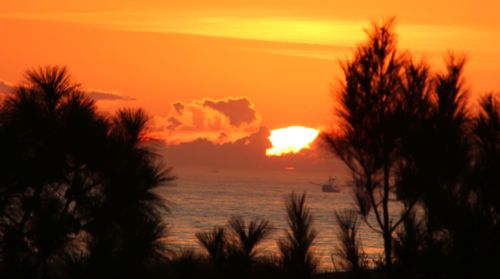 Article and Photography by:  Curtis Beaird

You can take control of your thoughts.

You are the master of your thoughts.

Shadow thoughts gain the upper hand before we know it.  First thoughts in the morning are critical.  Yesterday’s problems seep through our nights.  Lack of sleep, fatigue, persistent struggles, a steady diet of news designed to inflame, wars and rumors of wars....will all conspire to spoil our day at its beginning.

Manna, food for the soul we are told, is fresh every morning.  Just choose the best from the light and think on that.  Simple enough, right?   Uh Huh.

Deep in our soul we know there is competition for our first thoughts.   Too often, a leftover aggravation, or an argument that we are sure we could have won, grabs our attention before our feet touch the floor.  Without realizing it, an old irritation seems to dictate our attitude. Frustration pushes faith aside.

While we have seen the light of day,

hope, promise and possibility are mired in yesterday’s mud. But wait, there is more.

By the time we flip on the light, memory serves up a list of worries to include the forgotten trash we never moved to the curb, plus the real  issue of breakfast with another forgotten…....

Good morning America, how are you?

Shadow thoughts, instant aggravations, the mere fact of being human, and the mistakes that go with us, can rule our minds if we let them.  There is no reason to kid ourselves.  Dark thoughts have the power to control.  Dismal images can rule our imagination. They seem to have a power all their own.  Here is the secret.  They don’t.   We choose the shadow.  Take control.

Think on these things.

The practice of picking the bleak rather the best is a habit.  Sorting things out may be necessary. But, why make a prison of the sorting?  Spending more mental time with possibilities than the “if only I’da" is the way of hope.  The Apostle Paul, to the Philippians, a people he loved, encouraged them to think on things that were true, honest, just, pure, and lovely.  Lovely?!   Yep.   It is written right there in Philippians 4:8.  In the same list he also included for our thinking time.........virtue, praise, and things of good report.

Easier said than done. But, it is doable.

The power of the shadow is indisputable.  Its rough texture, seething demand and determined presence forces us into thinking it is the reality and all else is an illusion.

The shadow would have us to believe that the dark is the only choice.  It would lead us to the conclusion that lovely and pure are weak and useless thoughts.  Throw in a daily routine soaked in the images of war rattling with the rumors of wars, plus the forgotten trash, milk and who let Puddles in too soon…… and we fall prey to the shadow........