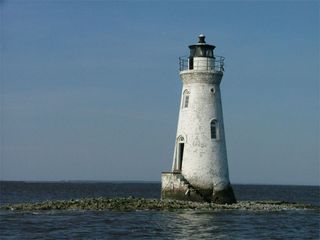 My last article was entitled Sermon or Emotional Massage?  A commenter by the name of Michael Hansen replied with commentary that I would like to respond to in this article.

First of all, let me say that we appreciate comments from everyone, whether in agreement or disagreement, positive or negative.  So, thank you Michael for your commentary.

Truly I believe that neither one is correct. That doesn't mean I have an answer, but I do know that Christ said "It is finished" To many times Grace eludes the aggressive types. In fact it is non-existent. So the message they put forth is full of anger, and condemnation. "There is now therefore no condemnation for those who are in Christ Jesus" Very simple really. A condemning message is not of the Lord. Period. I tend to think that they are going to be surprised to find themselves among the goats. They beat people with words. and call it love. We are to believe that some formula and much grovelling and begging for forgiveness is the way to Christ. The truth is He weeps over that approach. Just what do you think Christ did on the Cross? Set the captives free. Who were the captives? People held in religious bondage to people who had no idea how the Father worked. Tied people up in law that they themselves could not keep. Christ fulfilled that law and satisfied the wrath of God to those who would believe. All the aggressive types want to do is be Gods hammer to the sheep. If I am forgiven, than I am forgiven, period. Jesus said that it was impossible for man to keep the law, hence the need for Him to do what He did. Why is it that most feel the need to point out the sins of others? and to do it with a 2 x 4 club. Why do you think Jesus pointed out all the sins that would keep one out of heaven? So we all could make another book of law that now includes all the ones we didn't realize were sins? NO NO NO do not be so stupid. To show us just how much in need we were of what it was He was going to accomplish. Which makes His sacrifice ever more rich for those who have the wisdom to see it. No mostly the aggressive ones are babes in the Lord if in the Lord at all. They are nothing more than a clanging symbol. I know this because I once was one. They are modern day Pharisees. The other type are modern day Saducees, and that is about as much time as Christ gave to Saducees too...

Here is my response:

While in Christ there is no condemnation, in life there are consequences.  I may be wrong, but I think most of us live with the scars of past bad decisions.  While thankfully, by the Grace of God, their debilitating power has been removed as far as the east is from the west, our memories serve us all too well.  My question, why take on more pain and live with more scars?

To the man who would say, “I just can’t communicate with my wife."  I think it is appropriate to ask, “Who are you communicating with?"  As a minister, I have done just that.  I had no intention of judging.  That power is not mine.  I am called to care.   In some circumstances, that means raising the thorny question.  The silence that followed the question was deafening.

Another friend having marital problems said to me in the checkout line at the grocery store, no less, that she wanted to come for counsel.  I had known her since she was a kid.   I grinned and asked, "Do you want counsel or permission?"

I see no reason to use the language of grace to avoid the issue.  Universalism addresses the pain of guilt and our sense of failure too lightly.  The warfare has ended.  Salvation is accomplished.   Start the party.  Then, why am I so depressed and feel guilty all the time?

I see no reason to use the language of scripture to condemn anyone.   Fundamentalism addresses the pain of guilt and failure through mental assent to verbal propositions.  Get the right answer and you come up with a conditional pardon.  Huh?

Neither of those approaches fit my job description.   My calling is to face into the hurts of life where grace and the forgiveness of God can do the work of bringing hope and new life.

But, grace and God's forgiveness are most effective in the context of our acknowledged wounds, failures and sins.  In the "olden days", as my kids would say, they called it confession.   Without that acknowledgment, the conversation misses the possibility of healing and becomes little more than a religious discussion, or worse, a motivational speech.  Instead of a moment of hope and change leading to new life in Christ, it becomes a time for intellectual discussion and debate.  In other words, boring.

Effective ministry as I see it, grows out of the minister’s own need of grace, his experience with Christ, his engaging the Word, his appreciation for the Church as the Body of Christ, and never out of a sense of the power to judge.  I've never seen a minister as a channel of judgment.  As I said, that is not my job.  But, raising the question, at the appropriate time and in a caring manner, that is the calling.

The model for this style of minister?  Jesus Christ.  In Mark's Gospel, Jesus asked something on the order of fifty questions.  Clearly, they were not of the milk and cookies variety.  In the face of a storm that He speaks into calmness, He asked his frightened and somewhat pouty disciples, "Why are you so fearful?  How is it that you have no faith?"

40And he said unto them, Why are ye so fearful? how is it that ye have no faith?

41And they feared exceedingly, and said one to another, What manner of man is this, that even the wind and the sea obey him?